Highlights of Document Presented by President

President Bidya Devi Bhandari on Monday presented the government’s policies and programmes in the federal parliament, setting ambitious goals of doubling the per capita income in five years and making the country a middle income nation within a decade.

The first ever annual policies of the federal government claim to lay the foundation for national prosperity, focusing mainly on economic prosperity through development in the sectors of agriculture, tourism, infrastructure, industries, technology and urban development.

The document presented to the joint meeting of the House of Representatives and the National Assembly stresses turning the import-based economy into one based on production, jobs creation, self-sufficiency and exports. National capital and remittance would be mobilised in the productive sector to realize the prosperity dream.

The policies and programmes are the bases for the government budget for the fiscal year 2018/19, which will be presented on May 29 after the document gets parliamentary approval. “The country will see near double-digit growth in the upcoming fiscal year while double digit growth will be attained in the next five years,” reads the document. Nepal will be upgraded to a middle-income country in the next five years. Pretty much similar to the goals set by past governments, the programme is for generating 5,000 megawatt electricity in five years and 15,000MW in 10 years. It also sets a target of completing the Bhairahawa-based Gautam Buddha Airport within a year and Pokhara Airport in three years. Both the facilities are deemed crucial for boosting tourist arrivals in the country.

Completion of Mechi-Mahakali Mid-hill Highway, Postal Highway, Pushpalal Highway and Kathmandu-Tarai Expressway within five years is another target set by the government commanding a two-thirds majority in the House. It also aims to begin construction of Rasuwagadhi-Kathmandu-Pokhara-Lumbini, Raxaul-Kathmandu and Mechi-Mahakali railways within five years. Digitalisation of government services and promotion of technology also get due importance.

The document says focus will be on being self-sufficient in sugar, leather and shoe production as cement is promoted as an export-based industry. It also describes in length development of new tourist destinations and attracting more tourists who spend high.

The government has also set an ambitious target of doubling agricultural output within five years through the use of modern agricultural technologies. Stopping plotting of agricultural land for housing, providing training for farmers, making farming fully organic and cultivating high-value crops are the planned initiatives.

Ensuring free and compulsory basic education, promoting vocational and technical education, setting up a 15-bedded hospital in each local federal unit are the other missions. “The prosperity goal that the government has set will be achieved in close coordination with local and provincial governments,” reads the 43-page document.

Opposition leaders responded that the programmes read more like an election manifesto, since they have no basis for implementation.

Nepali Congress leader and former finance minister Ram Sharan Mahat said there has to be a 12-13 percent economic growth every year to double per-capita income and to make Nepal a middle-income country in 10 years. “The policies and programmes have to be realistic,” he told the Post.
The policies will be discussed for three days before being put for a vote in Parliament.

Posted by Chatbox Demo at 11:04 PM No comments:

Here is the List of All Ministries of Nepal and The Official Portal of Government of Nepal:

The Official Portal of Government of Nepal

Posted by Chatbox Demo at 2:08 AM No comments: 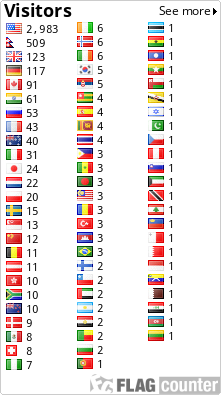