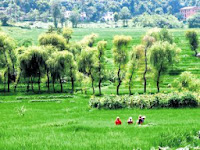 Nepal is among the poorest and least developed countries in the world, with about one-quarter of its population living below the poverty line. Agriculture is the mainstay of the economy, providing a livelihood for three-fourths of the population and accounting for a little over one-third of GDP. Industrial activity mainly involves the processing of agricultural products, including pulses, jute, sugarcane, tobacco, and grain. Nepal has considerable scope for exploiting its potential in hydropower, with an estimated 42,000 MW of feasible capacity, but political instability hampers foreign investment. Additional challenges to Nepal's growth include its landlocked geographic location, civil strife and labor unrest, and its susceptibility to natural disaster.


GDP - composition, by end use: 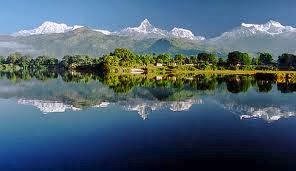 
GDP - composition, by sector of origin: 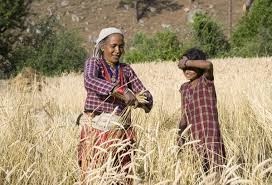 
Taxes and other revenues: 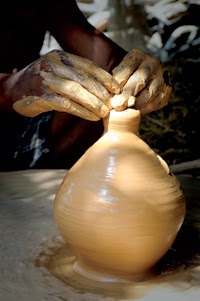 
Reserves of foreign exchange and gold: 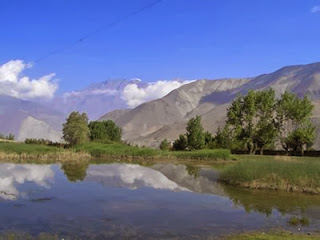 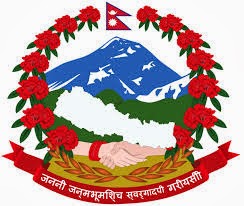 15 January 2007 (interim Constitution); note - in April 2008, the Constituent Assembly (CA) was elected as an interim parliament to draft and promulgate a new constitution by May 2010; the deadline was extended four times, mostly recently until May 2012 when the CA was dissolved without completing a new constitution

has not submitted an ICJ jurisdiction declaration; non-party state to the ICCt

head of government: note: on 14 March 2013, the chief justice of Nepal's Supreme Court, Khil Raj REGMI, was sworn in as Chairman of the Interim Council of Ministers for Elections to lead an interim government and charged with holding Constituent Assembly elections by December 2013

highest court(s): Supreme Court (consists of the chief justice and up to 14 judges
note - Nepal's judiciary was restructured under its 2007 Interim Constitution

other: small armed groups along the southern border with India; a variety of groups advocating regional autonomy for individual ethnic groups


Diplomatic representation in the US:


Diplomatic representation from the US: 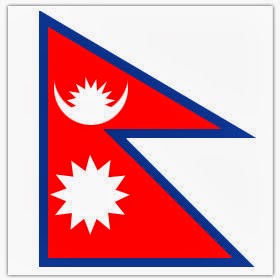 Red with a blue border around the unique shape of two overlapping right triangles; the sma
ller, upper triangle bears a white stylized moon and the larger, lower triangle displays a white 12-pointed sun; the color red represents the rhododendron (Nepal's national flower) and is a sign of victory and bravery, the blue border signifies peace and harmony; the two right triangles are a combination of two single pennons (pennants) that originally symbolized the Himalaya Mountains while their charges represented the families of the king (upper) and the prime minister, but today they are understood to denote Hinduism and Buddhism, the country's two main religions; the moon represents the serenity of the Nepalese people and the shade and cool weather in the Himalayas, while the sun depicts the heat and higher temperatures of the lower parts of Nepal; the moon and the sun are also said to express the hope that the nation will endure as long as these heavenly bodies
note: Nepal is the only country in the world whose flag is not rectangular or square

lyrics/music: Pradeep Kumar RAI/Ambar GURUNG
note: adopted 2007; after the abolition of the monarchy in 2006, a new anthem was required because of the previous anthem's praise for the king

(Source: www.cia.gov)
Posted by Chatbox Demo at 2:40 AM No comments:

Overview of Nepal: People and Society

Children under the age of 5 years underweight:

In 1951, the Nepali monarch ended the century-old system of rule by hereditary premiers and instituted a cabinet system of government. Reforms in 1990 established a multiparty democracy within the framework of a constitutional monarchy. An insurgency led by Maoist extremists broke out in 1996. The ensuing 10-year civil war between insurgents and government forces witnessed the dissolution of the cabinet and parliament and assumption of absolute power by the king. Several weeks of mass protests in April 2006 were followed by several months of peace negotiations between the Maoists and government officials, and culminated in a November 2006 peace accord and the promulgation of an interim constitution. Following a nationwide election in April 2008, the newly formed Constituent Assembly (CA) declared Nepal a federal democratic republic and abolished the monarchy at its first meeting the following month. The CA elected the country's first president in July. Between 2008 and 2011 there have been four different coalition governments, led twice by the United Communist Party of Nepal-Maoist, which received a plurality of votes in the Constituent Assembly election, and twice by the Communist Party of Nepal-United Marxist-Leninist. In August 2011, Baburam BHATTARAI of the United Communist Party of Nepal (Maoist) became prime minister. After the CA failed to draft a constitution by the May 2012 deadline, BHATTARAI dissolved the CA and called for new elections. Months of negotiations failed to produce a new election date. Finally, in March 2013, the chief justice of Nepal's Supreme Court, Khil Raj REGMI, was sworn in as Chairman of the Interim Council of Ministers for Elections to lead an interim government and charged with holding Constituent Assembly elections by December 2013.

severe thunderstorms; flooding; landslides; drought and famine depending on the timing, intensity, and duration of the summer monsoons

landlocked; strategic location between China and India; contains eight of world's 10 highest peaks, including Mount Everest and Kanchenjunga - the world's tallest and third tallest - on the borders with China and India respectively

The Gopalas and Mahishapalas believed to be the earliest rulers with their capital at Matatirtha, the south-west corner of the Kathmandu Valley. From the 7th or 8th Century B.C. the Kirantis are said to have ruled the valley. Their famous King Yalumber is even mentioned in the epic, ‘Mahabharat’. Around 300 A.D. the Lichhavis arrived from northern India and overthrew the Kirantis. One of the legacies of the Lichhavis is the Changu Narayan Temple near Bhaktapur, a UNESCO World Heritage Site (Culture), which dates back to the 5th Century. In the early 7th Century, Amshuvarma, the first Thakuri king took over the throne from his father-in-law who was a Lichhavi. He married off his daughter Bhrikuti to the famous Tibetan King Tsong Tsen Gampo thus establishing good relations with Tibet. The Lichhavis brought art and architecture to the valley but the golden age of creativity arrived in 1200 A.D with the Mallas.


During their 550 year rule, the Mallas built numerous temples and splendid palaces with picturesque squares. It was also during their rule that society and the cities became well organized; religious festivals were introduced and literature, music and art were encouraged. After the death of Yaksha Malla, the valley was divided into three kingdoms: Kathmandu (Kantipur), Bhaktapur (Bhadgaon) and Patan (Lalitpur). Around this time, the Nepal as we know it today was divided into about 46 independent principalities. One among these was the kingdom of Gorkha with a Shah ruler. Much of Kathmandu Valley’s history around this time was recorded by Capuchin friars who lived in the valley on their way in and out of Tibet.


An ambitious Gorkha King named Prithvi Narayan Shah embarked on a conquering mission that led to the defeat of all the kingdoms in the valley (including Kirtipur which was an independent state) by 1769. Instead of annexing the newly acquired states to his kingdom of Gorkha, Prithvi Narayan decided to move his capital to Kathmandu establishing the Shah dynasty which ruled unified Nepal from 1769 to 2008.


The history of the Gorkha state goes back to 1559 when Dravya Shah established a kingdom in an area chiefly inhabited by Magars. During the 17th and early 18thcenturies, Gorkha continued a slow expansion, conquering various states while forging alliances with others. Prithvi Narayan dedicated himself at an early age to the conquest of the Kathmandu Valley. Recognizing the threat of the British Raj in India, he dismissed European missionaries from the country and for more than a century, Nepal remained in isolation.


During the mid-19th Century Jung Bahadur Rana became Nepal’s first prime minister to wield absolute power relegating the Shah king to mere figureheads. He started a hereditary reign of the Rana Prime Ministers that lasted for 104 years. The Ranas were overthrown in a democracy movement of the early 1950s with support from the-then  monarch of Nepal, King Tribhuvan. Soon after the overthrow of the Ranas, King Tribhuvan was reinstated as the Head of the State. In early 1959, Tribhuvan’s son King Mahendra issued a new constitution, and the first democratic elections for a national assembly were held. The Nepali Congress Party was victorious and their leader, Bishweshwar Prasad Koirala formed a government and served as prime minister. But by 1960, King Mahendra had changed his mind and dissolved Parliament, dismissing the first democratic government.


After many years of struggle when the political parties were banned, they finally mustered enough courage to start a People’s Movement in 1990. Paving way for democracy, the then-King Birendra accepted constitutional reforms and established a multiparty parliament with King as the Head of State and an executive Prime Minister. In May 1991, Nepal held its first parliamentary elections. In February 1996, the Maoist parties declared People’s War against monarchy and the elected government.


Then on 1st June 2001, a horrific tragedy wiped out the entire royal family including King Birendra and Queen Aishwarya with many of their closest relatives. With only King Birendra’s brother, Gyanendra and his family surviving, he was crowned the king. King Gyanendra abided by the elected government for some time and then dismissed the elected Parliament to wield absolute power.In April 2006, another People’s Movement was launched jointly by the democratic parties focusing most energy in Kathmandu which led to a 19-day curfew. Eventually, King Gyanendra relinquished his power and reinstated the Parliament.On November 21, 2006, Prime Minister Girija Prasad Koirala and Maoist chairman Prachanda signed the Comprehensive Peace Agreement (CPA) 2006, committing to democracy and peace for the progress of the country and people. A Constituent Assembly election was held on April 10, 2008. On May 28,2008, the newly elected Constituent Assembly declared Nepal a Federal Democratic Republic, abolishing the 240 year-old monarchy. Nepal today has a President as Head of State and a Prime Minister heading the Government.

Recently, Nepal is in the path of poll of second Constitution Assembly at the end of  2013.